Be the first to rate
Then there are those that still practice the ‘Dark Magic Arts’ that intentionally create energy constructs to do harm. Yes, there are the Extra-sensory killers doing this work on many levels. Now is the time to learn how to counter or remove it!
Or log in to access your purchased courses 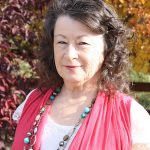 This is something many either think doesn’t exist any more or are afraid to talk about. I am here to tell you that they do exist and are just as intense now as ever before. Not to scare you or create drama – Just awareness. If you don’t know that there is a name to put to it, or way to fix a problem, you are left thinking you are crazy or that it isn’t happening, complete denial – but it continues to present itself. Let me tell you how I came to know about – then teach – now assist others in removing. I never wanted to go this direction – but it isn’t always about what you want. Life present to you what you are to do.

The ability to teach full time

Motivation to get your next lecture

Tips for passing the review process

Motivation to get your next lecture

The ability to teach full time

Many years ago, when I was reading a book by Arcady Petrov, I came across a situation where his Center had a client that was dying. He went to many countries trying to find out what was wrong with himself. As a last resort he went to this Center. After a lot of discussion and research it was discovered that a business person was angry with him, found and paid some ‘Extra-sensory Killers’ a lot of money to set an energy in motion upon him. We would call it a Curse. They called it an Energy Construct – which when analyzed it is exactly how it works.

They explain it as ‘there being certain informational constructs that can invade the energy informational matrix of a person, leading to a rapid deterioration in health and then to death.’ ‘These people know molecular genetics and genetic engineering. This is not the work of a local magician.’ Pp, 218-219 Arcady Petrov, book 2 of Creation of the Universe. There is a lot more about the specifics of it in the book.

Right after I read this, I had a message from God about the Catholic Curse. I had no idea what it was about. I then had a vision of how it was created, how it was administered, and how it has continued for generations. I was told to teach a class on how to remove it. I told God NO! I would be killed for this knowledge. Of course, God is persistent, and you don’t get away with telling God NO – I did finally teach it – One time! I have learned much about this since then & have had many clients with not only this curse to be removed but many others. This one as does many others create a change in the DNA coding that is passed on from one generation to another. They are very specific to each situation and person.

I am surprised how many are still being created. Most are done without the knowledge of what a person is doing so there isn’t as much knowledgeable energy behind them, but they still do harm. There is a lot of power to our words. Have you noticed how a wave of harsh energy hits a person when they are told to ‘Go to Hell’ or ‘F… Off’? vs A sweet soft energy when a loving comment is made like ‘Have a nice day’ or ‘I Love You’.

Then there are those that still practice the ‘Dark Magic Arts’ that intentionally create energy constructs to do harm. Yes, there are the Extra-sensory killers doing this work on many levels. Now is the time to learn how to counter or remove it!

One of the big questions I get from people is; what is wrong with me? I have more education and degrees than most people & I don’t feel like I deserve a job that can utilize them or get paid more than minimum wage. What is happening? I keep getting fired every time I get a get a great paying job.

These are just a few of the indicators that we are dealing with a curse of some sort. I then start scanning their energy field as to the next direction to take the questions.

How do you know if you are dealing with a curse, hex, or spell?

Without being paranoid, you can ask yourself. Trust the answer you get. You can also contact me.

What is the difference in a curse, hex, or spell?

This is a bit complicated, but I will do my best to sort it out according to what I have been shown by spirit over these many years. Often times all of these words are used for the same purpose, especially when a person is playing with Black Magic or just the darkness within and don’t know exactly what they are doing. Since I have had to be a person to untangle these energy constructs, I have taken a closer look as to how they are created and some of it is quite overlapping.

A hex is usually pretty simple and created out of mischief. One of those that is created when a person is just being ornery & not realizing how powerful their words and thoughts can be.

A spell is again not knowing exactly what a person is doing & playing a game with energy and words but with an intention. It can be done with just one person or many. There is usually a weaving of intentional energy combined with objects.

A curse can be a combination of all of these or stands alone, very intentional with a lot of emotion – usually anger, hate, jealousy, greed, lower vibrational thought forms – directed at a person place or thing.

All are intertangled thought forms.

I think my x-lover put a curse on me. I feel like I am dying, and doctors can’t find out why, they think I am making it up. Can you help me?

Thought forms with anger or words of a great emotion create the intention of the moment.

Remember when people would say; ‘Sticks and stones can break my bones, but words will never hurt me’? This is so much the opposite.

I ride through the Universe helping you become younger, healthier and wealthier. I use advanced Earth healing modalities to raise your vibration so that you can experience more abundance, better health, more joy and more love. I work with the assistance of Galactic ET healers from the Intergalactic Federation of Light, who are motivated to bring Earth and humans into lighter, higher consciousness due to their fundamental understanding that all universes and beings are connected and what impacts one impacts the whole.

Events
News
About us
Brochure

Become your best self